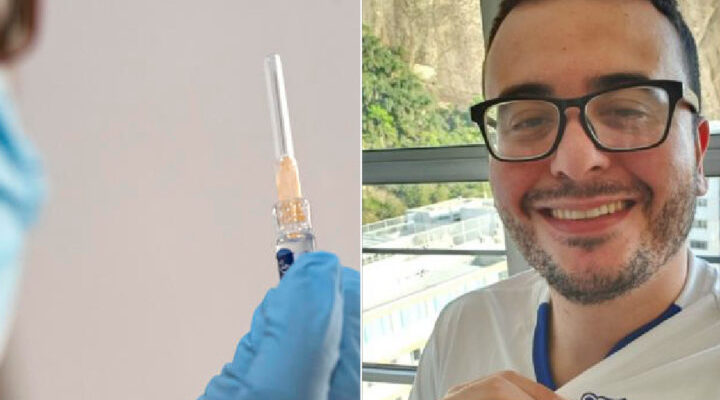 British Researchers Plan to Infect Healthy Volunteers to Study COVID-19 (при затруднение понимания, перевод в всплывающих подсказках) Researchers in Britain are preparing to infect healthy young volunteers with the virus that causes COVID-19. The aim is to speed up development of a vaccine that could help end the worldwide pandemic.
This kind of research is known as a human challenge study. It is not used often because some people consider it morally wrong to infect healthy individuals for medical tests. But researchers say the risk is worth it. Such studies can quickly identify the most effective vaccines.
Peter Openshaw is one of the investigators leading the research. He said the studies are «enormously informative about a disease, even one so well studied as COVID-19.”
Human challenge studies have been used to develop vaccines for diseases including typhoid, cholera and malaria.
The study will involve volunteers between the ages of 18 and 30. The Imperial College London said Tuesday that the study would be carried out in partnership with the government’s Department for Business, Energy and Industrial Strategy and the Royal Free London NHS Foundation Trust. Also in the partnership is hVIVO, a company that has experience with human challenge studies.
The British government plans to spend $43.4 million on the research.
Governments around the world are funding efforts to develop a vaccine in hopes of ending the spread of the new coronavirus. At least 44 possible vaccines are already in human testing. The Associated Press reports that 11 vaccines are in late-stage trials. Several are expected to report results later this year or in early 2021.
The Imperial College partnership is expected to begin in January. Results are expected by May. However, the work must be approved by ethics committees and officials.
While one or more vaccines are likely to be approved before that time, the study will still be important, said Dr. Michael Jacobs. Jacobs said the world may need several vaccines to protect different groups within a population. Treatments for those who continue to get sick will also be needed. Jacobs is an infectious diseases expert at the Royal Free London NHS Foundation Trust and will be involved in the research.
How a human challenge study works
In the first part of the British study, researchers will expose 90 paid volunteers to the virus using small amounts of liquid in the nose. This will be done to find out the lowest level of exposure needed to cause COVID-19.
The researchers will use a similar method to test the effectiveness of possible vaccines. They will expose volunteers to the virus after they have received one of the candidate vaccines.
The research will take place at the Royal Free Hospital in London, which has an area designed to contain the disease. Volunteers will be monitored for at least one year to make sure they do not suffer any long-term effects.
Danica Marcos is 22 years old. She hopes to take part in the study. “So many people (are) struggling right now, and I want this pandemic to be over,” she told The Associated Press. “If this vaccine trial could mean that this period of trauma for the whole world will be over sooner, I want to help. I want to be part of that,” Marcos said.
Challenge studies are usually used to test vaccines against mild infections. The aim is to avoid infecting volunteers with a serious sickness if the vaccine does not work. The coronavirus causes only mild or moderate problems in most people and seems to be mild in young, healthy individuals.
The long-term effects of the disease, however, are not well understood. There have been reports of continuing problems in the heart and other organs even in those who did not feel sick.
In the United States, the National Institutes of Health, NIH, has not pushed the need for challenge studies because vaccines are being developed so quickly. However, the NIH has taken early steps to prepare for such research in case the method is one day required. Those steps include examining the ethics of a challenge study and developing funds to create laboratory viruses used in such research.

The Associated Press reported this story. Ashley Thompson adapted it for VOA Learning English. Mario Ritter, Jr. was the editor.

pandemic – n. the fast spread of an infectious disease over a wide area or large part of the worldchallenge — n. a difficult task or problem : something that is hard to doenormously –adv. to a very great size, amount or extentfunding – n. money given to a group or organizationstage — n. a particular point or period in the development of somethingethics – n. rules of behavior based on ideas about what is morally good and badexpose — v. to cause someone to experience something or to be influenced or affected by somethingmonitored –adj. related to being watched or observed over a period of time for a special purpose such as a medical onetrauma – n. a very difficult or unpleasant experience that causes someone to have mental or emotional problems usually for a long timemild – adj. not harsh or severe