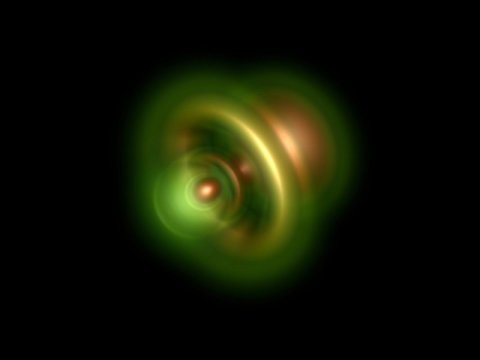 Scientists Measure Smallest Unit of Time Ever in Zeptoseconds
German scientists say they have measured the smallest unit of time ever recorded.
Researchers say the unit was measured in zeptoseconds. A zeptosecond is a trillionth of a billionth of a second.
The researchers made the discovery while studying how long it took a photon – a particle of light – to cross a hydrogen molecule.
The German scientists say the photon crossed the molecule in about 247 zeptoseconds. “This is the shortest timespan that has been successfully measured to date,” the team said in a statement. The results were reported in Science magazine.
The research was a project of physicists from Goethe University in Frankfurt, Germany. The team said the experiment represents major progress in “the global race” to measure shorter and shorter units of time.
The method used to measure in zeptoseconds involves what is known as the photoelectric effect. This scientific law explains how and why some metals give off electrons after light falls on their surfaces.
Albert Einstein is credited with discovering the photoelectric effect. He was awarded the 1921 Nobel Prize in Physics for doing so. The discovery helped lead to the development of modern electronics, including radio and television.
The German scientists say they used equipment at the DESY national research center, which operates particle accelerators. The machines are used to investigate the structure of matter. The research includes experiments in photon science.
The researchers said they made the measurement by releasing X-ray waves onto a molecule of hydrogen, which is made up of two protons and two electrons. They set the energy of the X-rays so that one photon would be enough to expel both electrons out of the hydrogen molecule.
The scientists explained that electrons behave like particles and waves at the same time. So, after the first electron was ejected, the second followed a short time later. This process resulted in what the researchers called “an interference pattern.” The researchers used this pattern to measure the electrons as they were escaping.
Sven Grundmann is a doctoral student at Goethe University who helped lead the research. He said the team “used the interference of the two electron waves to precisely calculate when the photon reached the first and when it reached the second hydrogen atom.” The calculation added up to 247 zeptoseconds, “depending on how far apart in the molecule the two atoms were from the perspective of light,” he said.
The research also involved a complex spectrometer, an instrument used to measure atomic and molecular reactions. Goethe University’s Reinhard Dörner said the spectrometer made it possible to observe “for the first time that the electron shell in a molecule does not react to light everywhere at the same time.” The time delay happens because information within the molecule only spreads at the speed of light,” Dörner added. “With this finding we have extended our technology to another application.”
There has been earlier research on the speed at which molecules change shape. In 1999, Ahmed Zewail – a professor at the California Institute of Technology – won the Nobel Prize in Chemistry for his work in the field.
Zewail, an Egyptian, was recognized for experiments that used laser light to study how atoms in a molecule move during a chemical reaction. His research involved femtoseconds, a unit of measurement meaning one quadrillionth of a second.
The German scientists say their research represents major progress from the earlier experiments. They also say they plan to build on their findings to measure even smaller units of time.
I’m Bryan Lynn.

Bryan Lynn wrote this story, based on reports from Goethe University, Science and nobelprize.org. was the editor.

unit – n. a single thing or a separate part of something larger

pattern – n. a particular way in which something is done, organized or happens

calculate – v. to discover an amount or number using mathematics

perspective – n. a way of thinking about and understanding something

application – n. a way in which something can be used for a particular purpose