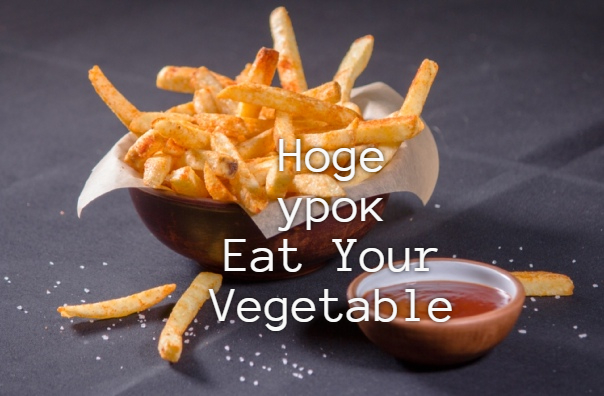 yielding to: agreeingwax: polishconsumers: buyers, the publicbeg to differ: disagreeno longer: not, no moreundeniably: without a doubt, no doubtsdoubtlost touch: don’t understandless sensedisplaying displaying displayed см. Окончание ing в английском и времена глаголов
yielding toyieldedThese initiatives have yielded positive outcome.They argueargue arguedundeniablyapprovalcucumbers waxbeg to differbegbeg mecitizendefendsdefends own opinionsdecisiondecision makingdeep-fried  counter the fries rotrot in hellThey arguelost touchHow did we lose touch?touchprobablyConsumerseggshells Vegetables MS (1 аудио):
who displayed even less sense than usual?the US federal government, the US federal government displayed even less sense than usual and yielded to do the French fry industry who did they yield to the US federal government? yielded to the French fry industry, they gave in to the French fry industry. called into means agreed with or gave into the US federal governmentdid the U S government yield to the French fry industry or the potato industry?the US federal government yielded to the French fry industry the French fry industry frozen, french fries cut, fried in oil and then packaged, have been approved as fresh vegetables by the US Department of Agriculture were the French fries frozen? yes, the french fries were frozen were the French fries cut? yes, the french fries were cut.have they been approved as fresh vegetables or frozen vegetables fresh?they’ve been approved as fresh vegetablesdid the US Department of Agriculture approved frozen blueberries as fresh vegetables? no, not blueberries, frozen french frieswho has been asking the USDA to get approval the French fry industry? the French fry industry has been asking the USDA.how long has the French fry industry been asking the USDA to get the approval?4 years, many years for a number of years, maybe two or three or four years to get this approval.they said- that their product is similar to cucumbers that have wax on them.what kind of cucumbers? cucumbers that have wax on them, they have a wax coating or a wax polish.they argued, that they use 100% vegetable oil, which is much healthier for consumers then plain waxthey use 90% vegetable oil? no, not 90%what did they argue? what they argued, that 100% vegetable oil is much healthier for consumers then plain waxis the oil healthier or is the wax healthier? the oil 100 % vegetable, oil is much healthier for consumerswere the french fries cooked in 100% vegetable oil? wel, they were fried in vegetable oil in, fried is a type of cookingwere the french fries packaged, then fried and oil, then cut? no, they weren’t packaged, fried and cut. they were cut, fried then packaged who begged to differ, did consumers or did the French fry industry beg to differ? consumers, most consumers begged to differdid the industry or did consumers beg to differ? consumers, citizens people who buy vegetables, beg to differ beg to differ means disagreeAnn is a consumer and she begs to differ, she said -you must be jokingwhat’s deep fried in oil? a product, a product that’s deep fried in oilwho said? — how can you think a product that’s deep fried in oil, is a fresh vegetable?if I cook broccoli, I could no longer call it fresh broccoli can и его форма could см.
I could no longer call it fresh broccoli, it’s cooked I wish I were a big company so my congressman would help me. unfortunately I’m only a citizenwho was a citizen, was Ann a citizen or was the USDA a citizen?was Ann unfortunate or was she Ann fortunate? unfortunate, she was unfortunatethe USDA defended its decision and said — that potatoes undeniably are vegetables was the decision deniable or undeniable? undeniablewhat did the USDA defend? the USDA defended its decisionpotatoes undeniably are vegetables although french fries are fried and oil — they are still potatoes USDA spokesman said — the fries will rot just like all other vegetableswhat will rot fries or other vegetables?how about other fresh vegetables? yes, just like all other fresh vegetableswhat are french fries still are they still bananas? not bananas are they still potatoesyes, I’ll know French fries are fried in oil, they are still potatoes spokesman said — the fries will rotted just like all other fresh vegetableswhere would you let them sit, according to the USDA spokesman, on your table or on your counter?lost touch with the public, consumers or the USDA ? the USDA, the USDA totally lost touch with the publicwho said — the USDA totally lost touch consumers? who did the USDA lose touch? with they, lost touch with a public the USDAthe USDA completely lost touch with the publicwho said, they probably say? — said one consumer, one consumer said — they’d probably say, that eggshells are healthy if a company ask them towho would say the eggshells were healthy? the USDAokay, that’s it, — for «eat your vegetables», let’s do the final read-through for the past tense…..